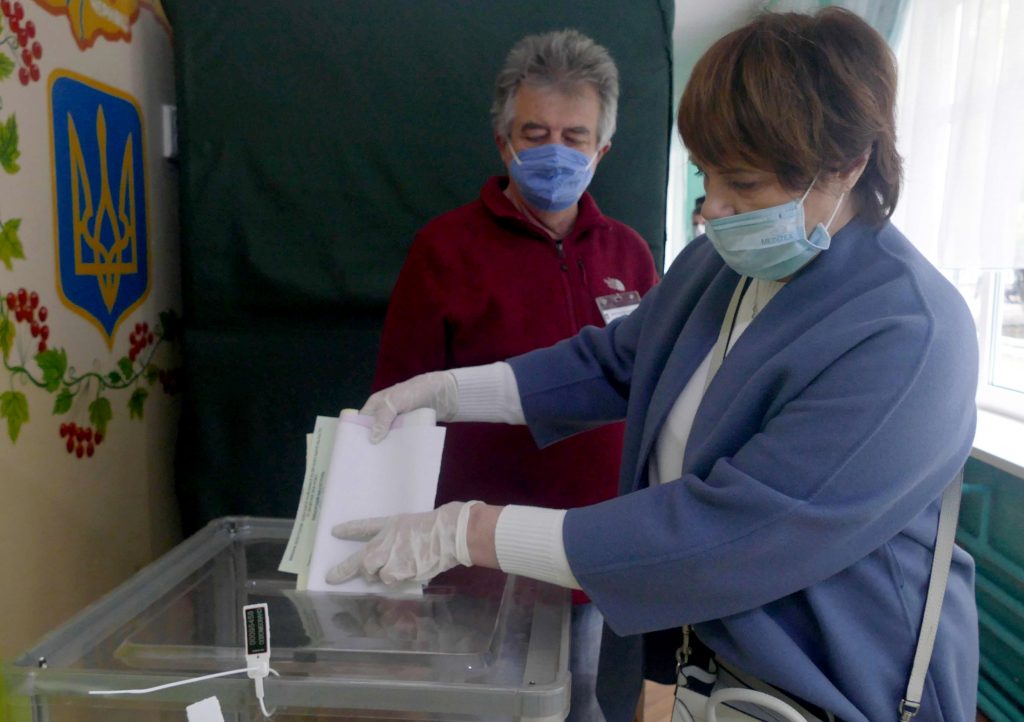 Early December saw most of Ukraine’s remaining local election runoff votes take place, giving us a more or less complete picture of the situation across the country. It is now clear that the most striking feature of this local election cycle was the success of incumbent mayors and their locally-based parties.

In Lviv, incumbent mayor Andriy Sadoviy won his second round runoff comfortably over European Solidarity’s Oleg Synutka with 62% of the vote. Sadoviy now begins an unprecedented fourth term as mayor of the western Ukrainian city.

Meanwhile, in Dnipro, incumbent Borys Filatov with Proposition Party won a crushing runoff victory with 81% of the vote to secure a second term. In Mykolaiv, another Proposition Party candidate, the city’s incumbent mayor Oleksandr Senkevych, won 60% in his re-election bid and increased his winning percentage by five points.

However, Proposition Party came up short in Chernivtsi, where 2015 winner Oleksiy Kaspruk carried the party mantle but finished third in round one. His 2015 opponent, Vitaliy Mykhailyshyn, edged him by 3% to make the second round. In the runoff, the race was ultimately won by newcomer Roman Klichuk of the United Alternative Party, who scored 60%.

In Poltava, Oleksandr Mamai made a political comeback to return to the mayor’s office after being ousted by the city council two years ago. Mamai ran with the For the Future party, which is close to oligarch Ihor Kolomoiskiy.

For the Future also won in Cherkasy, where incumbent Anatoliy Bondarenko fended off a challenge from Holos to be re-elected with 51% of the vote. Bondarenko’s win represented a symbolic victory over President Zelenskyy, who accused of him of being a “bandit” in May 2020 after the Cherkasy Mayor came out against coronavirus lockdown restrictions on local businesses. For the Future recorded further success in Lutsk, with Ihor Polishckuk defeating former mayor Bohdan Shyba with 55%.

The most embarrassing defeat in a disappointing campaign for President Zelenskyy came in his home town of Kriviy Rih, where the pro-Kremlin Opposition Platform-For Life party won the second round runoff against a candidate from Zelenskyy’s own Servant of the People party.

In round one, the incumbent Yuri Vilkul had won 45%, but he later withdrew from the runoff due to health reasons and endorsed the third-placed candidate, Konstantyn Pavlov from Opposition Platform-For Life. Pavlov received just 9% in round one and exit polls projected a Servant of the People victory by a 52-47% margin, but the Vilkul endorsement appears to have tipped the balance and gave Pavlov a comfortable 57-41% victory.

The exit polls proved misleading in Rivne, where European Solidarity’s Oleksandr Tretyak prevailed by a 50-48% margin over Viktor Shakyzyan of the Rivne Together Party. Two exit polls showed the latter winning narrowly, but Tretyak held on to secure victory by a margin of just 1319 votes. The success of 34-year old Tretyak represents the only oblast center where former Ukrainian president Petro Poroshenko’s party won a mayoral election this year.

In Uzhgorod, incumbent mayor Bohdan Andriyiv eked out a 51% re-election victory over an opponent from the Servant of the People Party. Andriyiv, an independent, now faces the challenge of forming a governing coalition out of eight parties that were elected to the 42-member local council near the Hungarian border.

Speaking of forming city council majorities, Kyiv Mayor Vitaliy Klitschko surprised everyone in early December by refusing to form a coalition with European Solidarity, which backed him in the election and also won the most seats on the city council (31 versus 30 for Klitschko’s UDAR Party). Instead, Klitschko created a coalition consisting of Servant of the People, Holos, and Opposition Platform-For Life. It remains to be seen how this four-headed faction with 63 out of 120 seats on the council will function, but its formation has been widely interpreted as evidence of the influence on Kyiv politics of gray cardinal and Opposition Platform-For Life MP Vadym Stolyar.

The 2020 Ukrainian local elections were a clear victory for independent-minded regional mayors. Out of 24 oblast centers, 11 were won by candidates who were either self-nominated or representing their own regional parties. The list includes Kyiv, Kharkiv, Odesa, Zaporizhia, Lviv, Kherson, Chernivtsi, Chernihiv, and Vinnytsia.

In summary, the decentralization that began in 2014 has not only increased the powers and budgets of local governments, but it has also helped to democratize Ukrainian local governance. That may be bad in the short term for the major parliamentary parties, but its good in the long term for citizens seeking local solutions to their problems. After all, as Thomas Jefferson said, “the government closest to the people serves the people best.”