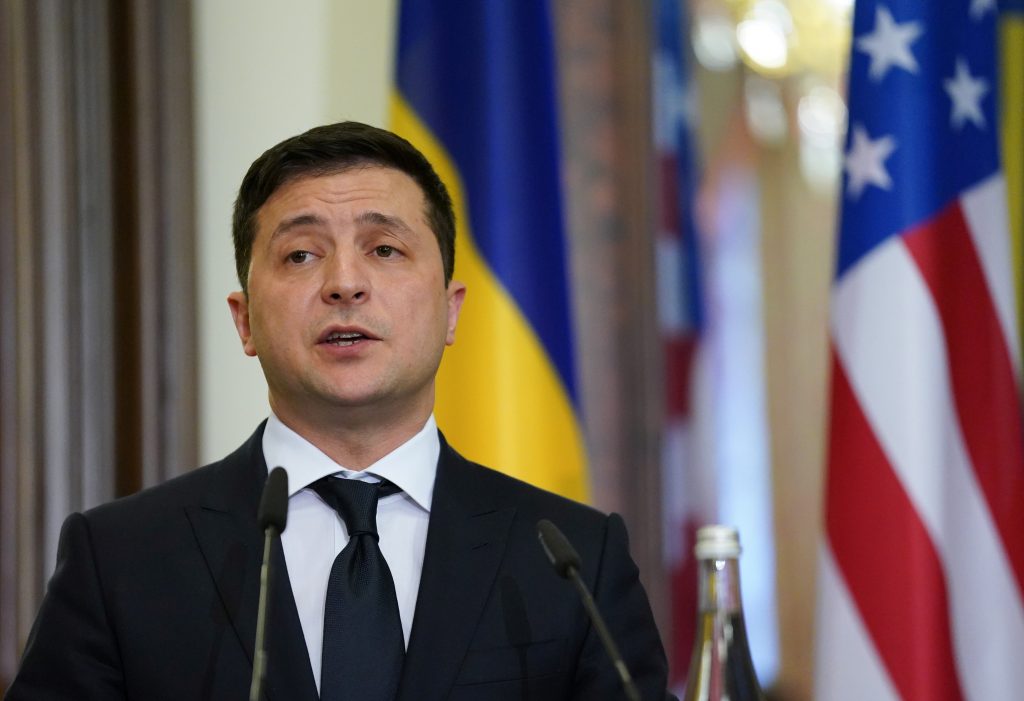 The original article can be found here – https://www.atlanticcouncil.org/blogs/ukrainealert/how-zelenskyy-can-improve-the-us-ukraine-relationship/

Following a sometimes rocky relationship during the four years of the Trump administration, the Ukrainian government is seeking to begin the Biden presidency with US-Ukrainian ties on a more stable footing.

Since President Biden’s inauguration, Ukrainian President Volodymyr Zelenskyy has taken a number of steps that appear designed to win favor in Washington DC. He has banned Kremlin-linked Ukrainian TV channels, sanctioned Putin ally Viktor Medvedchuk, and blocked the planned Chinese purchase of Ukrainian aircraft engine producer Motor Sich. Zelenskyy has also appointed the respected former Ukrainian Finance Minister Oksana Makarova as the country’s new ambassador to the United States. These are all geopolitical gestures that are likely to be welcomed by the Biden administration.

Biden’s affinity for Ukraine is well known and evidenced by his six visits to the country while serving as Vice President in the Obama administration. From a Ukrainian perspective, his arrival in the White House could hardly be better timed. During the Trump presidency, Ukraine found itself caught up in an impeachment trial and at the center of efforts to tie Biden to corruption allegations. This led to uncharacteristic levels of tension in bilateral ties.

Zelenskyy is now hoping to move beyond these troubled waters and strengthen cooperation with the new US president. While he seeks to begin the relationship with Biden on a positive note, Zelenskyy is also hoping to secure a new financial tranche from the International Monetary Fund (IMF).

Will Zelenskyy’s recent steps persuade the Biden administration to release financial aid, increase deliveries of military equipment, and accelerate Ukraine’s Euro-Atlantic integration? It is far too early to say, but historically speaking, US foreign policy towards Ukraine has traditionally been driven by the underlying need for fundamental reform rather than overt foreign policy moves.

For example, in June 2003, Ukrainian President Leonid Kuchma persuaded the Ukrainian parliament to deploy up to 1,800 Ukrainian soldiers to Iraq to assist an international force led by the Americans. By committing Ukrainian troops to a key US foreign policy initiative, Kuchma cynically aimed to secure American acceptance for his plans to run for a third presidential term. At the very least, he hoped this would enable him to pass power to his chosen successor, Viktor Yanukovych.

Neither of Kuchma’s objectives were realized. Less than a year and a half later, the US weighed in during the 2004 Orange Revolution to back pro-democracy protests and ensure a free and fair rerun of the presidential election. This left both Kuchma and Yanukovych out of office and served as a reminder that the US government does not horse trade on fundamentals.

In early March 2021, the US Defense Department announced USD 125 million in military aid to Ukraine, with another USD 150 million if Ukraine demonstrates progress in reforms. In other words, the Biden administration is not downgrading the relationship, but it is instead taking a “wait and see” approach to what Zelenskyy will actually do.

Similarly, the Ukrainian government’s early 2021 negotiations with the IMF for a new tranche ended with no concrete results. In recent weeks, there has been speculation in Kyiv that Zelenskyy can exploit Biden’s positive attitude towards Ukraine and convince the American president to bend the arm of the IMF. However, such hopes are fancifiul. Allegations of involvement in Ukrainian corruption were used to attack during Biden in the bitter US presidential election last year, so from a domestic viewpoint, Biden can ill afford to turn a blind eye to Ukraine’s shortcomings.

What can Ukraine do to establish a constructive relationship with the Biden administration? The US State Department gave Ukraine a strong hint on March 5 by sanctioning Ukrainian oligarch Ihor Kolomoisky. This is a clear indication that the Biden administration expects Zelenskyy to take action against Ukraine’s over-powerful oligarchs.

In addition to reducing the influence of the country’s oligarch clans, the Ukrainian authorities would be wise to take action in three key areas.

First, the IMF has set a number of key conditions for a new tranche. These include removing the cap on gas prices by the end of March; agreeing on macroeconomic indicators for the next two years; passing judicial reform; passing a law on criminal liability for false asset declarations; and passing the new law on the National Anti-Corruption Bureau (NABU) to legitimize it constitutionally and ensure the independence of its leadership. If the government acts quickly and persuades parliament to pass the necessary laws, then a new tranche can be secured in June.

Second, despite the government’s talk of “investment nannies”, foreign direct investment shrank to just over USD 420 million last year, the lowest level since war-torn 2015. This decline was partly due to COVID-19, but the larger issue is that Ukraine lacks rule of law and protections for foreign investors. Taking care of the needs of existing investors, preventing them from being raided by oligarchs, and punishing attempts by corrupt officials to extort these investors for bribes should be the real focus of the authorities. This would be far more effective than tone-deaf platitudes that Ukraine is open to new investors. In other words, fix the problems existing investors are experiencing and additional investors will flock to Ukraine. Growing investment would be a strong signal to the Biden administration that Ukraine is genuinely changing for the better.

Third, the engine of investment in Ukraine over the last several years has been green energy. The Biden administration plans to be the most “green” in US history. Unfortunately, Ukraine owes more than USD 600 million in arrears to green energy producers and continues to import cheap Russian electricity.

Ukraine can score two quick wins by banning the import of Russian electricity immediately and by developing domestic green sources by paying its debts to existing producers. If Ukraine fixes its own energy issues, it will have a far more convincing argument when trying to persuade Biden to block Putin’s Nord Stream 2 pipeline project.

President Zelenskyy clearly wants to be a friend of the Biden administration, and there is every reason to believe that President Biden also seeks to strengthen cooperation. By making fundamental policy changes now, Ukraine can benefit from a new era of bilateral relations with the United States. However, if the current window of opportunity is missed, Ukraine may find itself in the geopolitical wilderness for years to come.