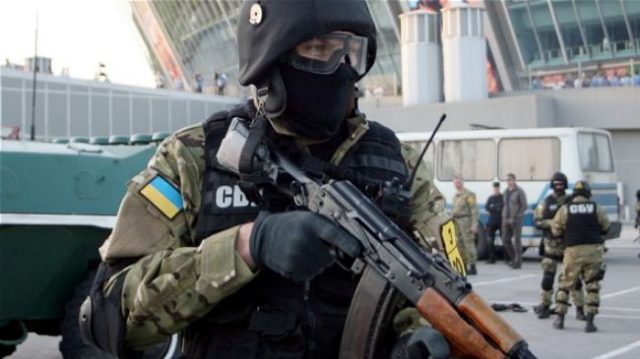 In late July 2017, the Ukrainian non-governmental advisory organization Reanimation Package of Reforms (RPR) called on President Petro Poroshenko and the National Security and Defense Council (NSDC) to immediately reform the Security Service of Ukraine (SSU). The authors of the RPR letter asserted that the SSU was unable to provide effective counterintelligence against several recent violent assassinations: namely, of former Russian Duma member Denis Voronenkov and defense intelligence operations commanding officer Maksym Shapoval in Kyiv, as well as the SSU counterintelligence chief in Donetsk oblast, Oleksandr Kharaberiush. RPR experts alleged the SSU suffers from ineffective management and fails to use its resources efficiently. They called on the authorities to implement the Council of Europe Parliamentary Assembly’s (PACE) Recommendation 1402 (adopted in 1999), which states that intelligence services should not have law enforcement functions. Finally, the RPR urged President Poroshenko and the NSDC to approve the SSU Reform Concept (Rpr.org.ua, July 27).

While the RPR is not particularly known for having strong intelligence reform expertise, its call nevertheless highlights the extremely slow pace of intelligence reform in Ukraine as well as mounting impatience with President Poroshenko regarding his promises to restructure this important sector. Earlier this summer, the head of the European Union Delegation in Ukraine, Hugues Mingarelli, called on the Security Service of Ukraine to stop being used to fight corruption and focus on anti-terrorist activities (Frontnews, July 4). Moreover, the director of the North Atlantic Treaty Organization’s (NATO) representative office to Ukraine, Alexander Vinnikov, emphasized that, in NATO’s view, the reform of the SSU should be one of the country’s highest priorities (DCAF-Razumkov Center Security Sector Reform Conference, attended by the author, June 21). Vinnikov encouraged the Ukrainian authorities to approve the SSU Reform Concept, which was developed by the International Advisory Group (a body that included NATO and EU advisors along with Ukrainian senior experts, together with the SSU Internal Reform Support Office directorate). The SSU Reform Concept was drafted in July 2016. But despite numerous subsequent announcements of its imminent approval, that process has been hampered by continuous foot dragging from both the NSDC and the presidential administration.

The goal of the reform is for the SSU to hand over its current array of economic, anticorruption, and some redundant surveillance-type functions to other agencies, such as the National Anti-Corruption Bureau (NABU), the National Police or the State Bureau of Investigations. The SSU’s core areas of responsibility would be limited to counterintelligence, counterterrorism and security analysis, while retaining some national security–related law enforcement duties.

So why has Poroshenko seemed so reluctant to sign the new Concept, to date? Though the presidential office has remained mum on the subject, several possible explanations have been proposed: First, some argue the current unreformed and quasi-military SSU is seen as more likely to remain loyal to Poroshenko’s political power hierarchy. Others suspect the SSU may be a source of corrupt rents for some highly placed officials. Indeed, the Service has recently come under criticism for abusing its economic powers to conduct numerous, questionable search raids of private companies. Ukraine’s business ombudsman, Algirdas Shemeta, noted that the number of corporate-sector complaints regarding the SSU’s conduct surged 60 percent in the second quarter of 2017 (Evropeiska Pravda , July 28). And although the SSU fired 2,000 of its 28,600–32,500 personnel in 2014–2017 for corruption or charges of disloyalty to the state (TSN, March 25), the NABU has never brought any cases against SBU officers for corrupt activities.

The third theory—and the one probably favored by the SSU itself—is that the proposed reforms would undermine its role as a “war-fighting service” largely preoccupied with countering Russian aggression. Indeed, almost every SSU officer has been deployed at some point to the so-called Anti-Terrorism Operation (ATO) against Russia-backed separatists in the Donbas region (Luhansk and Donetsk provinces). Notably, since 2014, the SSU has deployed elements of its elite “Alpha Group” special operations unit to Donbas, where it has shown some success in counterintelligence and countersubversion efforts against Russian military intelligence (GRU) as well as Russia’s Federal Security Service (FSB). Most recently, the SSU obtained intelligence demonstrating that Russian military contractors serve in virtually all command functions within the separatist forces (Ssu.gov.ua, July 22).

Alternatively, it may be useful to take a more holistic approach and look at the faltering SSU reforms within the broader context of reforms of the Ukrainian intelligence community—even though the SSU does not formally consider itself a member of this sector due to the Service’s counterintelligence role. Progress in reforming the Ukrainian intelligence community has been rather uneven. The Joint Intelligence Committee Under the President of Ukraine is based within the NSDC staff and is thus influenced by NSDC Secretary Oleksandr Turchynov, who is a more known as a politician than a reform-minded manager. The National Intelligence Program, which sets the development goals for the intelligence community, was approved in March 2016—but it is fully classified and thus non-transparent. Ukrainian defense intelligence and the State Border Guard Service’s intelligence arm are widely judged to have been performing effectively since the beginning of the “hybrid war” with Russia. Whereas, the Foreign Intelligence Service of Ukraine has been acting without a Director since April 2016. Quite recently, it was fighting the threat of critically inadequate funding (Facebook.com/sergey.vysotsky, June 21) in addition to being under-reformed.

Interestingly, Ukraine’s intelligence services cultivate partnership and cooperation agreements with their NATO counterparts, yet they remain outside the NATO-Ukraine reform advisory partnership. This does not allow the sharing of valuable management know-how—quite in contrast with the much more successful international partnerships to reform the Ukrainian Armed Forces. The uneven reform paths explain the absence of a systemic security reform center in Ukraine and also the lack of managers, subject-matter experts, and financial resources to address the reform issues. Those special services with more widely recognized war-related functions apparently had a more realistic sense of urgency to reform. While attitudes toward the complex task of reforming the SSU or the Foreign Intelligence Service could, heretofore, probably best be characterized as “if it’s not broken, don’t fix it.”

That said, the changing nature of the Ukrainian-Russian conflict has been bolstering international and domestic interest in speeding up intelligence reform. Indeed, in 2017, this limited war has increasingly become focused on special operations and subversion, as illustrated by the recent string of terrorist attacks in Kyiv (Kyiv Post, June 8, August 25; Thenews.pl, July 3). The “diplomatic front” of the political war requires adequate and effective intelligence support.